The Zappi at Guido Reybrouck Classic 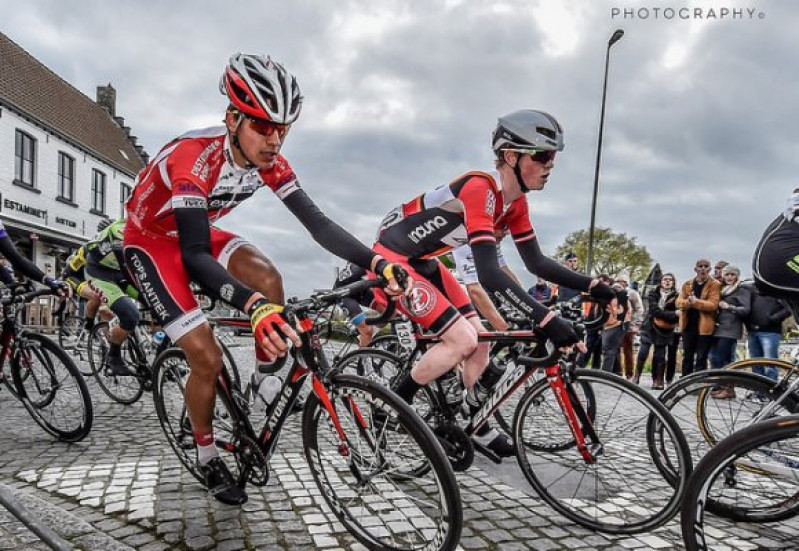 The Zappi RT participated in the 12th Guido Reybrouck Classic on Sunday.

This race is a precursor to the Junior Paris-Roubaix as the terrain and level of the race is similar.

Several other British Teams were invited including two regional teams (South East and Central) and the HMT and Backstedt teams.

We had all six riders in the peloton up to 90km at which point Harry lost contact but carried on to the finish circuit.

The end of the race involved riding 6 x 6km finishing loops that passed through the finishing line in Damme. With two laps to go, Ben Healy dropped back but still managed to finish in 62nd place.

The remaining 4 riders of Jacques, Mark, Jake and Lewis were active at the business end of the race, trying to break away and they all had some success with this task finishing as follows.