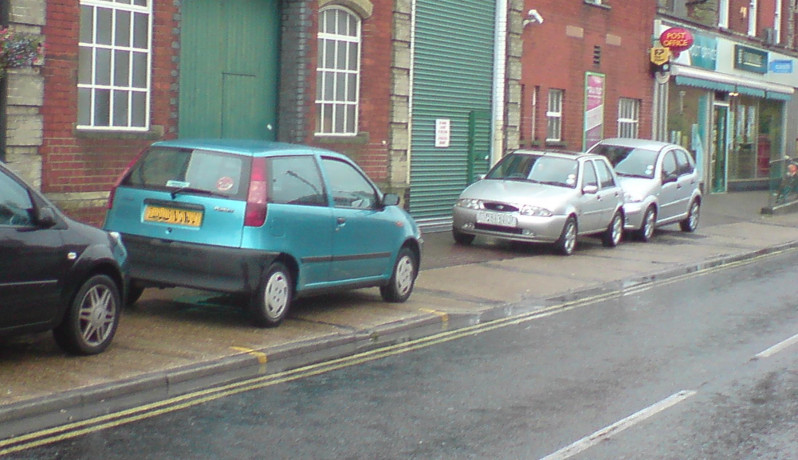 If one problem pits drivers directly against pedestrians more than any other, it’s pavement parking.

To some pedestrians who regularly find their path blocked by cars, vans or trucks obstructing their route, it’s a scourge which means they have to take their life into their own hands in negotiating the vehicle that’s in their way.

Meanwhile, many drivers say that, as more cars have to fight for space in often narrow side streets which were never designed to accommodate the number of cars which are now on our roads, parking their cars partly on a pavement is the only way they can all find a space. You might be surprised to learn that in London, pavement parking has actually been banned for 40 years. But now, many councils have come together under the banner of their umbrella body, the Local Government Association, to call for that ban to be extended right across the country.

As things stand, says the LGA, doing that would be expensive and time-consuming, and would involve councils having to take out individual traffic orders covering a small number of streets at a time – but these take at least two years to be introduced, and that’s assuming that no one objects to what’s being proposed. So, if you’ve ever wondered why the problem isn’t solved by councils taking action, there’s your main reason.

The most recent estimate for the number of cars on the UK’s roads was 25.8million, in 2015. And that figure is reckoned to be rising by nearly 600,000 a year. While the northwest has only seen the fourth fastest rate of that growth – from three million in 2011, to 3.2 million in 2015 – it’s obvious that this extra 200,000 or so vehicles still have to squeeze onto roughly the same amount of road as before.

Here around Wyre and the Fylde Coast the problem is made worse by large numbers of visitors to the area, many of whom look for on-street parking so they can avoid having to pay to park.

And while most do try to leave their vehicles so that they don’t cause an obstruction, groups representing the disabled and elderly in particular say it’s a growing problem which puts many pedestrians’ safety at risk.

The Blackpool Gazette recently spoke to one long-standing campaigner, who said the problem has got much worse in recent years. Carole Holmes, who lives on the South Shore, has been hurt herself while trying to navigate around obstacles with her guide dog. She is now trying to bring together the Community Partnerships on both the South and North Shores to campaign for action to tackle the problems.

Carole told the Gazette: “I have been a guide dog owner for 28 years and enjoyed walking safely around Blackpool until five years ago, when pavements became difficult to negotiate safely.

“Now myself and my dog Inca regularly have to walk in the road because the pavements are blocked with cars, which sometimes reach overhanging branches.”

One of the worst problems for Carole – and Inca – is wing mirrors left sticking out on parked cars, which have been known to cause a nasty bruise.

She is now campaigning for a law to keep the first four feet of any pavement from the wall or fence clear for pedestrians to move around safely. The national Guide Dogs charity is also on the case, having launched a petition in February 2017 asking the Government to bring in new laws banning pavement parking. You can find out about the Street’s Ahead campaign’s progress here.

The Guide Dogs charity has carried out its own research which has found that 97 per cent of blind or partially sighted people encounter problems with street obstructions, and nine out of 10 of those had experienced trouble with a car parked on a pavement.

But there’s one day every week when the problems are so bad that Carole is reluctant to venture out for much of the day – and that’s bin collection day. On such days, she said: “I have to wait until the afternoon to venture out, as the empty bins are left strewn on the pavements and sometimes they have been blown over.

“Cars drive up on the pavements and park in front of myself and my dog, and on occasions doors have been opened and hit my dog.”

Back on the national level, the LGA is sympathetic to the plights of pedestrians and several other special interest groups which have raised the issue in recent months – including guide dog trainers in Shropshire, and childminders in Worcester.

Local Government Association’s Transport spokesman, Martin Tett, told the Mirror: “Local authorities need this power to respond to concerns raised by their communities, for example if a street is becoming dangerously congested or pedestrians are being forced to step out into the street to get round parked vehicles.

“This is particularly dangerous for blind or partially sighted people and mums and dads with prams.”

He also raised the issue of the damage pavement parking causes, saying that local authorities have limited funds to repair damaged kerbs, verges and pavements – and the money would be better used to help plug a £12 billion roads repair bill. Drivers’ campaign groups the AA and the RAC are also putting on a united front and getting behind the push to crack down on the problem.

AA president Edmund King contended that some drivers may think they are helping the traffic flow by getting onto the pavement, although he also conceded: “Too often little to no consideration is given to how someone in a wheelchair or a parent with a child in a buggy will pass their vehicle.”

However, he said his organisation “cautiously welcomes this measure, but a thorough investigation of roads must happen before any implementation takes place.”

Finally, a spokesman for the Department for Transport, which is responsible for ensuring the smooth running of our traffic, and funding major road improvement schemes, told the Mirror: “We recognise the importance of making sure that pavement parking doesn’t put pedestrians at risk and believe councils are best-placed to make decisions about local restrictions.

“Councils already have the power to ban drivers from using pavements and we are looking at whether more can be done to make it easier for them to tackle problem areas.”

So it looks as though there could be moves afoot to deal with the issue – but finding a solution which is acceptable to everyone is sure to be tricky, and the road to a solution could be every bit as tricky to negotiate as one full of parked cars.

What’s the parking situation like where you live? Would you welcome a pavement parking ban, or is it necessary to mount the kerb to stop the roads getting clogged up? Tell us what you think on our Facebook page.