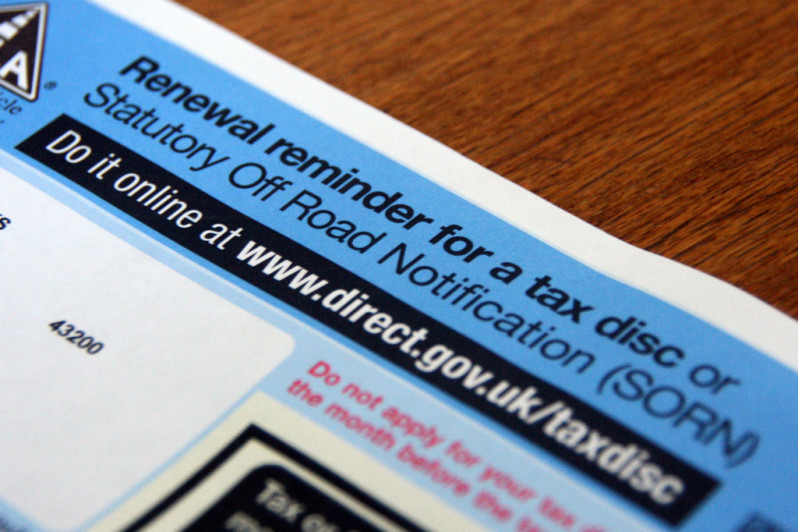 Changes to car tax – or, to give it its official name, Vehicle Excise Duty – came into effect from 1 April 2017, with quite a fanfare.

The new rules have had many in the new car trade mounting major offensives to tell customers about the changes, especially as they will have implications on the price, and continuing running costs, of every new car sold in the UK which emits even the tiniest amount of carbon dioxide.

But here’s the key – the only vehicles affected are those registered as new for the first time after 1 April 2017. And when additional charges come into effect for brand new diesel cars in April 2018, these too will only apply to those registered after April 2018.

This new change sees drivers of brand new diesel cars (at least those that don’t comply to the very strict Euro 6 standards under real-world testing – and that’s most of them) having to pay an additional band of Vehicle Excise Duty (VED). The bands are based on CO2 emissions which are generally lower for diesel cars than for petrol alternatives so this new charge aims to bring charges for diesels in line with those of petrol engines.

The Flashier The Car – The Higher The Tax

As a reminder, the current rates for cars registered after 1 April 2017 were revised to better reflect lower CO2 emissions that are generally found in today’s cars. There’s also an extra premium of £310 a year for the first five years facing anyone lucky enough to be able to pay more than £40,000 for a spanking new motor.

However, these bands did not take into account the nitrous oxide (NOx) emissions that are generally more associated with diesel cars and have been blamed for poor air quality. Hence the additional charges being introduced in April 2018.

Because it only affects any driver putting down their money for models registered since April 2017 (or April 2018 for the additional diesel charge), the new system of VED payments has been widely called a ‘showroom tax’. Even a car in the under-100g/km band (free to tax for cars registered prior to April 2017) now attracts at least some annual charge. Those which before cost nothing to tax, will now attract a first-year charge of between £10 and £140, with the standard annual flat rate of £140 being paid each year after that.

By changing the VED system in this way, the government’s intention was to make people really think about the level of emissions that their car is contributing to the environment as well as the amount of tax they can afford to pay. So it hopes buyers will make these factors a more important part of their calculations whenever they’re buying a new car.

Not only this, but it’s also been shown that, since Gordon Brown last overhauled the VED system, the government has been losing revenue as people have switched to less polluting cars which attract a lower rate of tax. The government itself has admitted that its revenue from VED fell by £93million in the year to the end of March 2016.

Yes, you’ll still have to pay road tax to drive legally, but there’s no extra first-year VED to pay on top of all the other big sums you have to splash out when you choose a new car. Instead, the amount you pay is, as before, a single annual sum based on the old bands, which are as follows, provided the vehicle you choose was first registered between 1 March 2001 and 30 March 2017:

*Group K includes cars with CO2 emissions of over 225g/km which were registered before 23 March 2006.

These days, you’ve got almost as wide a choice of used cars as you have completely new ones – not to mention a vast array of places from which to buy them. So if there’s a car you’ve really set your heart on, it should be available somewhere.

Alternatively, you could put Fleetwood Car Centre’s more than 25 years’ experience to use, to help you find the model you really want – all without that nasty initial shock of a showroom tax to contend with!

One thing’s for sure – what with the likelihood of your car losing its value more slowly than if you’d bought it new, and the knowledge that it’s been carefully chosen by the people you buy from – as they have a long-standing good name in the business to uphold – there are plenty of good reasons to make a quality used car your first choice.

Yet you’ll still have a variety of competitive car finance packages, making it possible for you to afford the car you really want – with no big hurdles standing between you and driving away in it!

As the car tax changes bed in, it’s likely that it will become more cost-effective for manufacturers to design and make cars which have CO2 emissions of less than 100g/km. As demand for them picks up, they’re likely to become cheaper to build and only by producing more of these less polluting cars will the necessary cuts in carbon dioxide produced by our vehicles be possible.

Who Will The Tax Changes Benefit?

The government claims it’ll be all of us. That’s because it’s said it will put the extra money raised into a pot to be used to pay for maintaining our main roads and motorways. But there are some doubts that there will be enough incentives for people to opt for a new car.

This is why there’ll continue to be a healthy market for all used cars, like those proudly sold at Fleetwood Car Centre, for a good while yet!

Just remember, VED or road tax, is a fact of life for all drivers, and is sure to be around in some form for ever. When you pick a used car, it’s one of the outgoings that’s easy for you to work out, and budget for, safe in the knowledge that it is currently less than that of a new car.

All of the car tax rates for the used cars we sell are clearly shown in the details of the vehicles given on our website. So you can browse through them at your leisure, and find exactly how much you’ll pay, with no nasty up-front shocks. That’s the benefit of buying a quality used car from Fleetwood Car Centre!