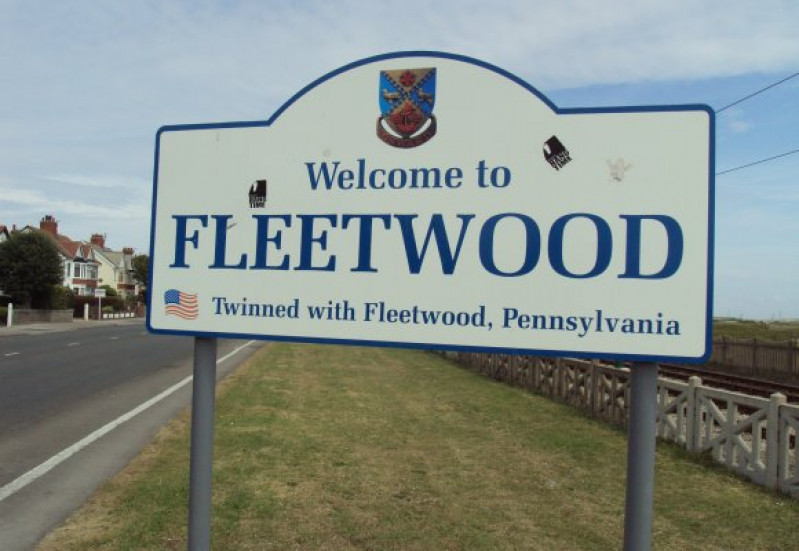 As we anticipate another successful year, we can’t help wonder where the time has gone – 2018 marks our 34th year in business!

In that time, we’ve not only been lucky to serve many fantastic customers – most of whom have made several return trips over the years – we’ve also seen huge improvements in cars and witnessed developments in our local area. While many things have changed, you’ll find that Fleetwood Car Centre offers the same great value, brought to you by some of the same familiar faces that have been with Fleetwood Car Centre for more than 3 decades.

Join us as we take a little trip down memory lane. You might recognise some of our nostalgia…

In 1984, Fleetwood Car Centre opened its doors for the first time on the old Wyre Dock Filling station on Dock Street. We filled the forecourt with quality used cars that we knew would meet the needs of local drivers.

Fleetwood Town FC fans (members of the Cod Army) will remember our local team (for whom Fleetwood Car Centre now provides vehicles for use by the media team and Community Trust) being promoted to the North West Counties League Division One in the 1984/85 season, which also saw them come runner-up in the FA Vase at Wembley. What a year for the Cod Army!

Such footballing triumphs were no doubt reported in the newly founded Fleetwood Weekly News, successor to the 140 year old Fleetwood Chronicle which had recently ceased publication.

By 1991, it was time to move from our site on Dock Street – now the roundabout near to Asda on the A585 – to make room for road improvements as Fleetwood flourished. The move to our current premises in Copse Road provided us with larger workshops, an advanced paintshop and vehicle preparation areas as well as additional room to display more quality used cars – all the accommodation we needed to expand our business and offer the comprehensive service our customers needed.

1991 was also the year that Fleetwood’s famous trawler, Jacinta, hauled it’s record-breaking catch of 230 tons that sold for £270,516. The ship is now permanently moored and used as a maritime museum at Fleetwood’s Fish Dock.

Fleetwood Moves on to Success

While some of Fleetwood’s most well-loved fixtures were moving on to new challenges, Fleetwood Car Centre was carrying on with its same excellent, customer-focussed service, making our forecourt the first stop for those seeking their next motor as well as those looking for a steady career in the motor industry. Proud that many of our staff have been with us for 20-30 years, we’re delighted to join other long-running prominent family businesses in the area, such as Lofthouse of Fleetwood (makers of the world-famous Fisherman’s Friend Lozenge) which was set up in 1865!

After a brief period as Fleetwood Wanderers and Fleetwood Freeport in the late 1990s, our local football team reverted to its original name of Fleetwood Town FC in 2002 after a band of volunteers clearing up the stadium and the club was accepted into the North West Counties League. This was the start of something special – a phenomenal rise through the football ranks!

Meanwhile, although Fleetwood’s fishing industry was waning, strong links remained with our nautical heritage which is noticeable in the many sea-themed roads located throughout the town: Navigation Way; Anchorage Road; Maritime Street; and Bayside to name but a few. It’s also evident in the sterling reputation of Fleetwood Nautical Campus (located on Broadwater, ofcourse!), one of the UK’s leading providers of training to the maritime and offshore industry. A reputation that has recently seen an investment of £1.2m in a new engineering facility at the college.

Investment in a Thriving Town

Further investment in the area came in 2013 with £2.4m of Lottery Funding used to revitalise Fleetwood’s Memorial Park and a staggering £10m earmarked for improving homes across the town, while a £multimillion upgrade of the tram system in 2011 saw more efficient and easier to access trams taking to the tracks throughout the Fylde Coast area.

Fleetwood Town FC has also benefited from huge investment in its Highbury ground as well as a new multi-million pound training complex which opened at Poolfoot Farm in Thornton in 2016. Happy to share the sports and leisure facilities with locals, the team’s Community Trust is able to provide socially inclusive health and education programmes which aim to make a difference to the lives of Fleetwood’s people.

As well as the club’s investment, sheer hard work from players (and the Cod Army) has resulted in unprecedented success for the team. Fleetwood Town FC finished the 2016/17 season in 4th place of League One with a place in the play-off semi final, conceding just one goal to Bradford City.

Improved transport, housing and leisure in the region has no doubt encouraged the submission of plans to develop Fleetwood Docks with the construction of a new hotel, further housing, and leisure and retail units.

While we’re happy that resources are being poured into the area to attract visitors for both business and pleasure, we don’t mind sharing some of our home grown talent with the rest of the UK. Blackpool-born and Fleetwood-raised actor, singer and TV personality, Alfie Boe made his stage debut at Marine Hall and is set to stage a homecoming concert at Fleetwood Town’s Highbury stadium in June this year. Needless to say, the event is sold out!

Another member of the Cod Army, darts player Wes ‘The Warrior’ Newton, has never strayed far from his beloved team. He and his family still live in Fleetwood in between darts championships where he has made several major semi-final and final appearances.

One of Fleetwood’s most popular events has also secured Lottery Funding which will see it spread to locations throughout the North West. Fleetwood’s Festival of Transport (Tram Sunday) annually attracts 70,000 visitors each July and incorporates the fantastic SpareParts Festival of Art. With over £500,000 investment, organisers are now able to bring the event to Crewe and Sandbach in 2018 with other venues promised for future years.

The area adjacent to the Fleetwood Car Centre site has seen development in recent years, too. The introduction of new Wyre Council waste facilities and relocation of businesses to the vicinity have created hundreds of new jobs here and throughout the town. A perfect time, we think, to make further expansion to our own business – watch this space!

So as the town of Fleetwood goes from strength to strength, what will 2018 bring for Fleetwood Car Centre? As we make plans to complete a new phase in our history, we continue as sponsors for Fleetwood Town FC and play our role in the community of Fleetwood by helping to keep this great town and the surrounding areas mobile with quality, affordable used cars.

Don’t forget to pop in to visit us and share your memories of the region. We’d love to hear all about your stories.