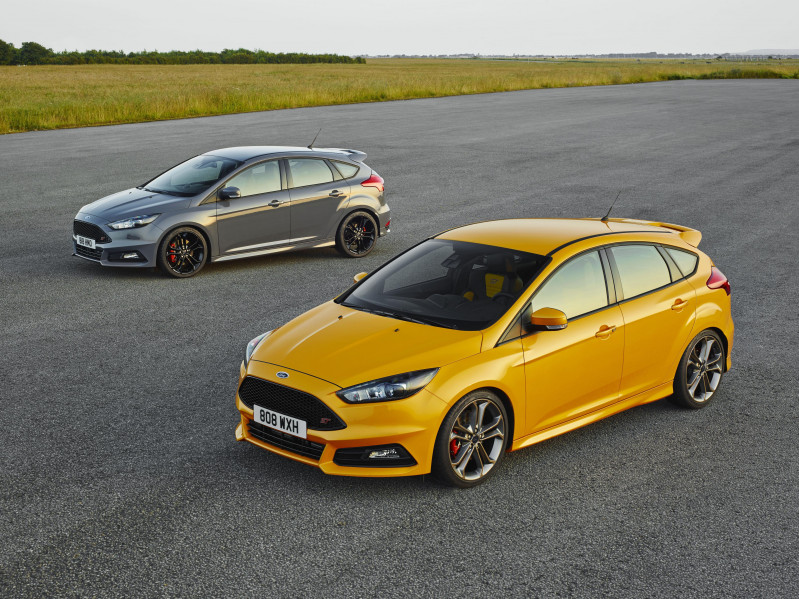 Ford has been a mainstay of Britain’s car industry for over a century, their cars first making the trip across the Atlantic in 1903.

Nowadays, Ford is the most popular manufacturer in the UK with its cars accounting for over 12% of all sales.

Ford sells just about every variety of car you could ever want or need, and at Fleetwood Car Centre, we’ve got some fantastic examples for sale. Read on to find out more.

The Ka is Ford’s smallest car, yet it’s second oldest in the small car range, having turned 21 this year. Its big brother, the Fiesta being the only older model, having been in production for 41 years.

The B-Max is Ford’s smallest MPV offering – based on stretched Fiesta underpinnings, this budget family car offers petrol or diesel engines, options of manual/automatic and three different variants: the Zetec Navigator, Titanium Navigator and Titanium X Navigator. It’s also taller than a Fiesta, meaning more headroom as well as the extra legroom afforded by the stretched floorplan. Sliding rear doors and no B-pillar means the B-Max is ideal for families – there’s plenty of space and getting in and out couldn’t be any easier. A low boot lip and a large, square opening means loading the boot couldn’t be simpler.

The Ford Focus is not just Ford’s only large hatchback – it’s also the third best-selling car in the UK. Now in its 19th year – the Focus is noted for its excellent ride quality and spacious interior. Should you wish to achieve maximum economy with minimal emissions – the 95PS 1.5-litre TDCi should tick all the boxes.

The C-Max, S-Max and Galaxy make up the Ford MPV range with the C-Max being the smaller of the three and the Galaxy being the range-topper. Each offer a range of petrol and diesel engines and can be specified with either a manual or automatic gearbox. The C-Max is based on the third-generation Focus, so is a more compact MPV with a starting price of £19,995, whereas the S-Max (starting from £26,445) and the Galaxy (from £27,995) both utilise the same underpinnings as the Mondeo. This allows for a more spacious interior, extra luggage capacity and a more relaxed ride quality. The two bigger cars have a range of 6 engines, with each having four diesel options and two petrols. The smaller C-Max however, makes do with three diesel variants and the two petrols.

Ford’s Mondeo is celebrating its 25th year of production and in its two and a half decades, it has become almost ubiquitous. A fleet favourite – the Mondeo offers a spacious cabin, supple, yet surefooted handling and enough technology and performance to keep you entertained. There’s an extensive range of engine choices too, so there’s a Mondeo for everyone!

Ford have a range of four SUVs – from the Ecosport to the pickup truck Ranger, there’s something for everyone. The Kuga sits in the middle with the Edge in the range, though priced from £21,895, it is a more reasonably priced option than the Edge. Kuga’s are available in FWD or if you fancy doing some real off-roading, AWD. There’s choices of petrol or diesel and manual or automatic. The Edge has a number of engine and specification choices but all UK models come with AWD.

The Ranger is the largest vehicle in the Ford range, seating five in the cab and offering plenty of space in the pickup bed for your storage. There are only two different engines for the Ranger – a 2.2-litre TDCi and the 200PS 3.2-litre TDCi.

The Focus ST is currently the performance car entry point for Ford – starting at £24,415, this 250PS hatchback is the younger brother of the wild, all-wheel drive 350PS Focus RS. The engine is a 2.0-litre turbocharged four-cylinder, rather than the 2.3-litre item found under the bonnet of the RS. The ST makes do with FWD, making it less complex and easier to use everyday. The RS is the ultimate expression of a Focus – massive power, huge grip, a drift mode and wild body styling ensure that you’re never going under the radar. 350PS, all-wheel drive grip and a ‘drift mode’ ensure that few rivals will beat it in a straight line or be as fun in the corners. This is Ford’s most extreme and performance-oriented Focus to date.

The Mustang is enjoying its first official spell as a UK car. Though this iconic American muscle car is now in its 52nd year of production, it has never been produced in right-hand drive or for the global market. The latest version is available in the UK with either a 314PS, 2.3-litre turbocharged Ecoboost engine or the true beating heart of any Mustang – a V8. Specifically, a 5.0-litre item with Ti-VCT (Ford’s Twin Independent Variable Cam Timing system) for the first time. This engine is significantly smaller than most of its rivals, but thanks to clever engineering and new technologies, it manages to produce similar power.

The GT is Ford’s supercar offering – based on the original Le-Mans winning GT40 and its successor – the first generation Ford GT, this latest model elevates performance to a whole new level. The new car takes much of its engineering and technology from racing cars; the pushrod suspension is straight from top-level racing, likewise the carbon monocoque chassis and carbon body panels. Active aerodynamics and a twin-turbo V6 are some of the stand-out features of the GT, with both being firsts in a Ford supercar. The lack of a ‘True American’ naturally-aspirated V8 was met with skepticism, however, the 3.5-litre twin-turbo V6 produces 647hp and a thumping 550lb/ft of torque. Combine this with the low weight achieved through their use of exotic materials and you have a car that can accelerate with such ferocity, you might be left gasping for breath!

See which of the Ford cars from Fleetwood Car Centre you’d like to drive home in the most by clicking here.