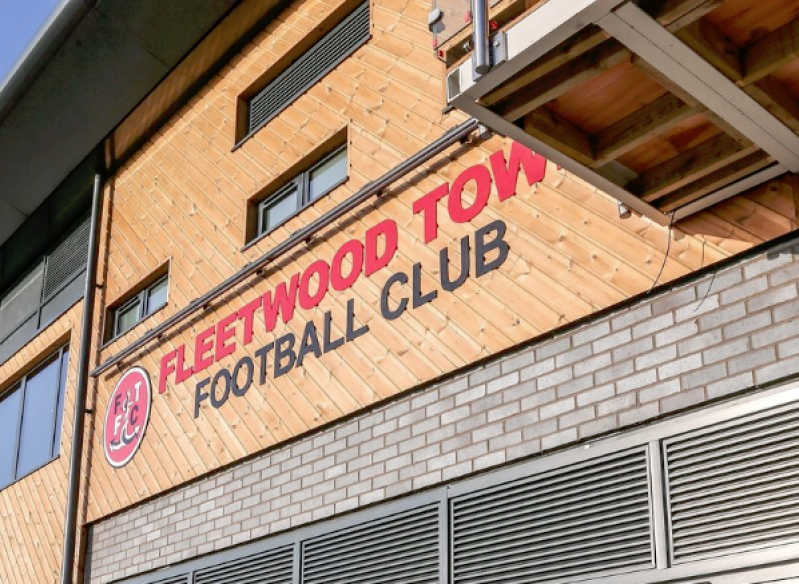 After finishing 19th in the 2015/2016 season, Fleetwood Town FC had a lot of work to do to get back on track. In their past five seasons, the club managed to achieve the enviable feat of being promoted twice and landing themselves in League One.

Over the course of the 46 games in League One this season, the Cod Army fought their way to a fourth place finish and as such, a place in the play-off semi-final against Bradford. The first leg of the play-off takes place on Thursday May 4th away from home and the return leg at Highbury is only three days later.

Fleetwood’s away record throughout the season has been impressive, winning nearly as many games on the road as they have at home. This has grown the confidence of the fans and the team, and a strong finish to the season is the result of this.

Defensively, Fleetwood Town is joint second best in the league – a huge improvement on last season and a sign of things to come if the saying ‘build from the back’ is to be believed. Two out of the three teams that finished higher actually let in more goals than the Cod Army over the course of the season, though there is a need for scoring more goals. Only one Fleetwood player made it into the top 20 scorers list this season, though this does mean that the team  doesn’t solely rely on one or two players to score their goals, which is a great foundation to build on.

Looking at the season as a whole, Fleetwood Town could only realistically have done better in around 20 of their games. Of these 20, seven were losses by only one goal, indicating that even in some losing games, the Cod Army’s defence remained strong. With the addition of a few extra goals a possibility, it’s certainly food for thought regarding achievements next season.

Manager Uwe Rosler, speaking about the season as a whole, said: “I think the club has accelerated at an unbelievable tempo over the years but especially in the last eight or nine months”. He went on to say that the team needs to reflect and see what they can do next season as their achievements so far have been unthinkable for the club.

Though Fleetwood Town did well to reach the third round of the Emirates FA Cup, defeat to Bristol City meant that was the end of the road for the Cod Army’s cup aspirations in mid-January. It is worth mentioning, however, that Bristol are from the league above, yet only managed a 1-0 victory over the Cod Army in the second leg.

There was some joy in the FA Cup though, as the home games against Shrewsbury and Southport were two of Fleetwood Town’s highest scoring games this season, picking up seven goals over the two fixtures and giving the fans a real spectacle.

With only the play-off semi-finals and hopefully the final ahead of them, Rosler appealed to the fans on Monday to provide the same level of support against Bradford as they did against Port Vale. His eyes are on a trip to Wembley and promotion, which after less than 12 months in the job would be an incredible achievement.

Fleetwood Car Centre would like to extend its best to Uwe Rosler and the rest of the Cod Army as they head into the first leg of the play-off semi-final on Thursday. We hope to see you at Wembley on May 20th!

Don’t forget to pop into our showroom after the next game to celebrate the Cod Army’s next win by buying one of our brilliant used cars! We hope to be celebrating along with you.