Cod Army on a roll 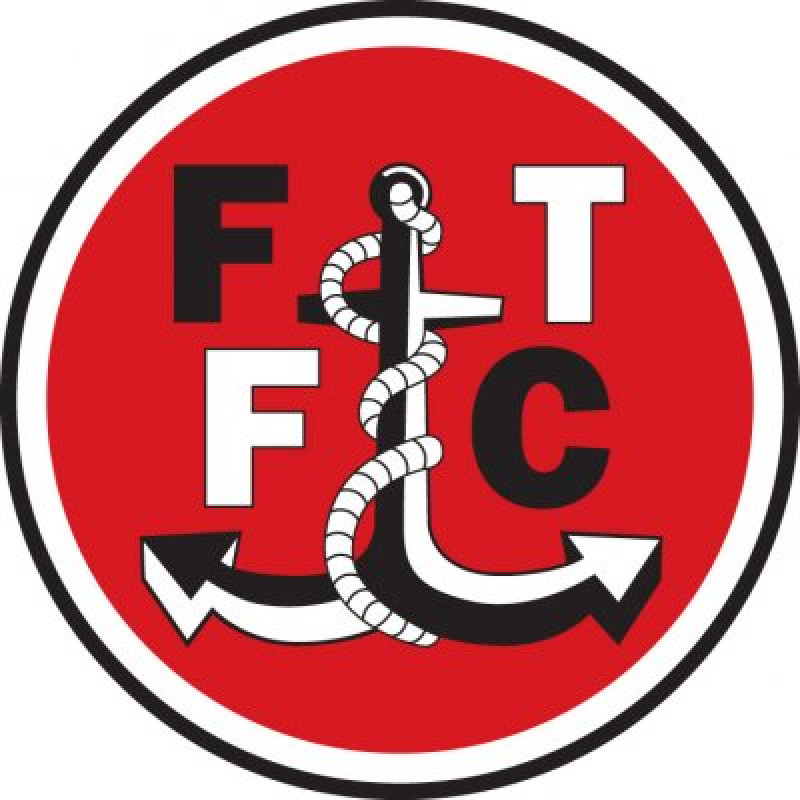 It’s a great time to be a follower of the Cod Army, as our footballing neighbours make great strides in League One, and put themselves in a strong position to seal a seventh promotion in just over a decade.

One of the questions which fans started to ask after boss Uwe Rosler picked up the League One Manager of the Month award for January would have been: will we now see the dreaded ‘curse’ which is often associated with teams straight after their bosses pick up the award strike?

And so far, the answer has been a definite ‘no’.

The 48-year-old earned the accolade after guiding the team to an impressive start to the year as Fleetwood went undefeated and won four of their opening five league games in January. On hearing he’d won the award, Rosler commented: “We have to keep the standards high and keep the players on their toes. We need to keep progressing and developing our style of play to give ourselves more options without losing what already works for us.”

As a sign of how quickly time passes, the recent home fixture with Northampton Town was the first return meeting for Rosler since taking charge at Highbury last July.

German Rosler has become something of a hot property recently, which shouldn’t be surprising given Town’s terrific form, which has seen them go 16 games without defeat. National tabloid press speculation late in January even linked him with the vacancy to manage the Norwegian national side, The Sun being among those who reported that Rosler was being lined up for the job, which would have seen him return to the country in which he ended his playing career.

But the former Manchester City playing favourite and Brentford, Wigan and Leeds manager seems to have settled well into the Highbury manager’s seat. According to local reports, he’s even managing to avoid the distractions which inevitably come with being in charge of a team whose success is starting to be noticed well beyond the Fylde coast and even the north-west.

With less than a third of the season to go, Fleetwood had hit the heady heights of second place in League One. It’s certainly a far cry from six seasons ago, when the team was still playing in the National League, and even now, Rosler is dismissing any talk of promotion – at least until his team has amassed 63 points. While this would represent the record for the club to date in League One, it’s a tally which wouldn’t have even earned them a place in the top half of the table at the end of the 2015-16 season.

Our man on the spot, David Wilson, was keen to update us on how he’s seen the side progress in the middle third of the season, and leave themselves looking forward to yet another potentially exciting season run-in, with plenty still to be played for.

“I would have taken league safety this season, so anything higher than that would be a bonus,” he said.

“But as we get to the ‘business end’ of the season you can sense a growing anticipation that maybe – just maybe – we can push on and get yet another promotion.

“We have become a very difficult side to beat and have found a formula for getting a result even when possibly not playing at our best. That is testament to the work that Uwe and the boys are putting in day in, day out on the training ground.”

David isn’t too worried about the prospect of another nervous run-in, but said: “Ideally automatic promotion would settle the nerves, but if I could guarantee a play-off final win at Wembley over Bolton Wanderers that would be my dream end to the season!”

As part of the team’s efforts to get more people behind their push towards another possible step up the league, the Cod Army club shop is currently running a series of offers on 2016-17 season team shirts, including the red and white home version being sold for £20 – that’s half its regular price.

Meanwhile, in the light of an expected high level of interest from fans wanting to attend the home game against near-neighbours and promotion rivals Bolton Wanderers on 11 March, the club issued a statement  which urged Bolton fans without a ticket for match not to go along on the day. After selling out its initial allocation of just over 1,200 tickets, Fleetwood released a further 120 seats and about 30 standing tickets for sale to visiting fans.

Meanwhile, the usual policy of only selling tickets in the home sections of the ground to members, anyone who has previously bought tickets for a game at Highbury, or anyone who can provide proof that their home address is within the FY postcode area, will apply.

Town offers three different levels of club membership, with discounted prices for under-12s and under-16s, in addition to the full price. For this, holders get priority access to tickets for games the club considers to be high-profile.

Behind the scenes, the club has run a number of successful ‘Sign & Dine’ events at its Crossbar Grill this season, the most recent of which featured guest appearances from Ash Hunter and Nathan Pond, who ate with young fans, and even – if the picture on Facebook is to be believed – helped with cleaning duties in the kitchen afterwards!

Some Cod Army fans have also been taking to social media to urge fellow local residents to get behind their team as the season heads towards the decisive last third. One, Charles Odenwalder, issued this rallying cry, via Facebook: “What more can [club owner] Andy Pilley do to get people to come and watch Great Football[?] He has put that many affordable offers on the table, and we still get [the lowest average attendances for home matches in League One]. Come get behind the Lads. You would be there if we got to the Championship.”

And on the subject of another possible promotion, the club has now posted preliminary details of the 2017-18 season schedule, which could be useful to anyone already planning for possibly the club’s first appearance in the second tier of English football.

The weekend of 4-6 August could be a key one in the club’s history, as it will see the first round of matches take place in all three EFL divisions. Meanwhile, another busy Christmas/New Year period looks in prospect, with four rounds of games planned for between 23 December 2017 and 1 January 2018.

All told, it’s an exciting time for our neighbours, and it definitely helps the local feelgood factor to see so many happy faces around the area on match days. We’re certainly ‘living the dream’ along with the players, management and staff – long may their successful run continue!

We’re keeping our fingers crossed that the 2016-17 season will end in success for Fleetwood Town FC. Whether you’re a regular at Highbury Stadium, or don’t follow the team, you’ll find one of the best choices of used cars in Blackpool and the Fylde just a few streets away from the ground at Fleetwood Car Centre. So why not call in and see us?